A quick look at the History of the Teddy  Bear by Bears4u.

The teddy bear is said to be  named after United States President Theodore “Teddy” Roosevelt.

In 1902, President Roosevelt went on a bear-hunting trip in Mississippi. While hunting he captured an American black bear but refused to kill it.

The story of the trip soon got spread as many newspapers around the country featured political cartoons starring “Teddy” and “the bear.”

A shop owner named Morris Michtom saw one of the cartoons and had the idea of making a stuffed toy in the form of a bear,  which he called a ‘Teddy Bear’, to sell in his shop.  They were a great success. Ladies and children carried the soft toys animals with them everywhere they went.

At the same time Richard Steiff in Germany designed a stuffed toy bear and the Steiff firm also lay claim to being the first producers of these cute bears. Steiff still produce a range of both collectible and every day teddies that are one of the most popular brands in the world.

President Roosevelt even used a teddy as his mascot when he ran for re-election.

Early Teddies were made to look like real bears with small eyes and long pointy faces but today they are made to look as cute as possible with big eyes and smaller faces. There is hardly a child in the Western world who has not had a cuddly bear of some sort. They are an iconic gift that everyone associates with a new arrival. Many of them have become collectors items and are extremely valuable. It is now possible to get any sort of bear in the form of a teddy including pandas, polar bears, black bears, grizzly bears and even sun bears.

The biggest teddy bear collection in the world was found at The Teddy Bear Museum in England with a collection of more than 2,000 bears. Unfortunately, the museum was put up for auction in 2006.

Today, one family claims to own more than 5,000 teddy bears, though they haven’t officially counted them all. The Volpps’ collection includes a teddy bear that they purchased at auction for almost £50,000

Over the years there have been many famous bears who have appeared in films and been made in to stuffed toys. Paddington Bear, Winnie the Pooh, Baloo, Rupert Bear, Sooty are just a few household names. There are even tv programs that are all about bears including care bears and Teddy Ruxpin. Pudsey Bear is a very well known bear used as the mascot for Children In Need charity.

Most popular brands include Gund and Ty Inc and there are do it yourself bear shops throughout the world such as the Build A Bear Workshop. 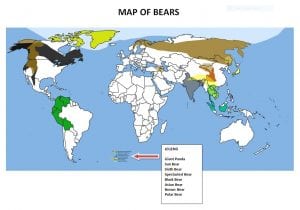 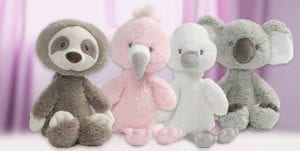 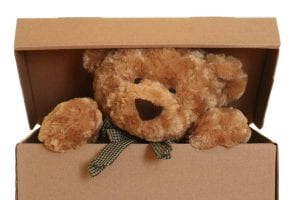 Choosing a Name for a Teddy Bear

Choosing a name for a teddy bear is an important matter! When you buy a cuddly soft toy, you are not just adding a new... Continue reading